“The Weight of Chains 3“ is now in Serbia

“The Weight of Chains 3“ is now in Serbia

The long-awaited documentary “The Weight of Chains 3” that toured the globe is finally coming to Serbia! The Serbian premiere will take place at the DOK festival in Kombank Dvorana (former Dom Sindikata) on February 2nd at 7:30 PM. Ticket sales were opened last week and a very small amount of seats are still available, so if you’d like to be the first in Serbia who sees this film, come on down to the Kombank Dvorana ticket office ASAP, or get your tickets online here:

TICKETS FOR THE BELGRADE PREMIERE

After Belgrade, the film will premiere in Kraljevo on February 5th, in Kragujevac on February 6th, in Niš on February 7th, in Novi Sad on February 8th, in Smederevo on February 9th, in Bor on February 12th and in Subotica on February 15th! Tickets for the Niš premiere are on sale at the Vilin Grad cinema from Monday, December 9th, while tickets for the rest of these cities will be on sale sometime in January. Make sure to closely watch the film’s official website and follow us on social media: Facebook, Twitter and Instagram, for updates.

“The Weight of Chains 3” already caused an uproad worldwide, with Albanians in New York protesting against me and my film in October and attempting to sabotage the film premiere in Manhattan. Thanks to the NYPD, their attacks were foiled and one Albanian extremist was arrested. I dedicated the premiere to the NYPD and this only showed that if we fight in a wise and committed way, we will win! The documentary deals with NATO’s bombing of Serbia with depleted uranium, the ecological catastrophe we face to this day and the rotten system that tries to stop the enslaved citizens of Serbia to rise up against the colonial chains and win their freedom, but also presents positive stories of those who fought the system and won. The film inspired audiences across the US, Canada, Germany, Austria, France, Switzerland, Luxembourg and Slovenia and is finally arriving home to Serbia! We’re planning on presenting the film in Banja Luka and Podgorica in March, as well as in Scandinavia in May. If you’d like to organize a screening in your city, write to me!

No mainstream media outlet reported on the Serbian premiere due to the nearly absolute media blackout in Serbia on our work, proving that this film is needed now more than ever! As you can imagine, promoting the film in such media darkness and with very limited resources is a real issue for our team and if you care about our struggle for the truth and justice, do support us by donating as much as you can, so that we can spred the film throughout the world, bring awareness to the public and win the battle for systemic change

DONATE TO SPREAD THE TRUTH

Please select “Make this a monthly donation” if you’d like to secure your continued support for our young team of artists and patriots. I thank you in advance and look forward to seeing you at the next screenings of “The Weight of Chains 3”! 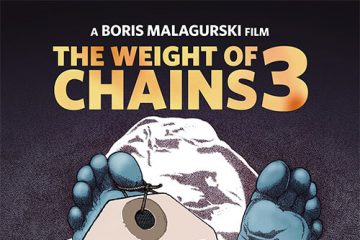 Belgrade has seen “The Weight of Chains 3” and it will set us free! 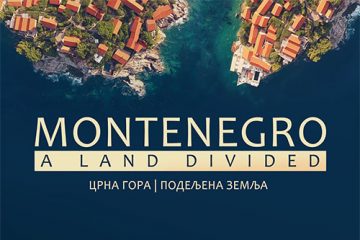 Malagurski: The World Must Know The Truth About Montenegro!

Our new film is coming to Europe!